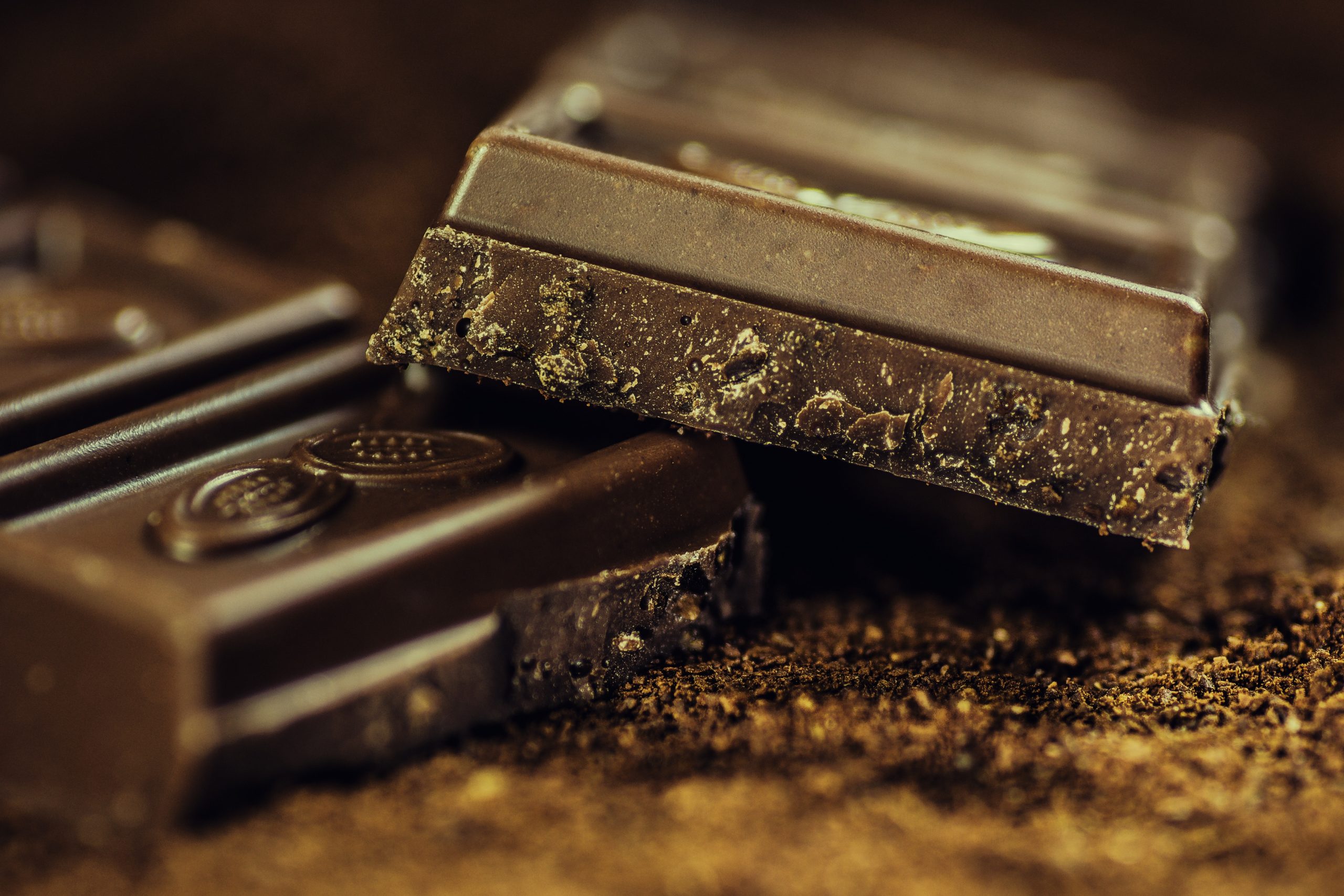 Chocolate comes in many shapes and forms - from pralines, through bars, all the way to a hot invigorating liquor. Although when used too often, it may bring about a few extra pounds, moderate consumption is associated with pure pleasure. On top of that, it offers health benefits. Now, that’s some great news, right? So let’s dive in and explore a bit the origins of chocolate. Where does it come from? How is it produced? Why is it so freaking tasty?

Chocolate is perhaps the most beloved snack all over the world. But how much do you actually know about it? Here, we will focus on things such as the origins of chocolate and its production process. After all, sometimes it is worth going behind the scenes. Besides that, we will mention a word or two about its outstanding properties. And if you want to suit yourself with a piece of chocolate while reading this article, feel free to do so!

Chocolate in its natural form

Cocoa comes from the seeds of evergreen common cocoa tree (Theobroma cacao), which naturally grows in moist, tropical forests of South and Central Americas. The tree can reach up to 15 meters and lives around 30 years. However, common cocoa is quite a demanding species. Strong light hurts its leaves, thus it feels most comfortable when hiding in the shades of other plants, such as banana palm trees. In addition to that, the soil must be moist and rich in minerals, and temperature should oscillate between 20°C and 35°C, also at night. Otherwise, the trees produce no seeds. And who would imagine that a cocoa tree can be so picky…

When all the conditions are met, intensely fragrant flowers grow directly from the trunk that is covered with thin brown bark but they can also grow from the branches. The cocoa fruits are actually born from these flowers. They are about 20 cm long and resemble a deflated rugby ball. Their color varies from shades of yellow, through red, to brownish. Each year, a single tree can give birth to about 25 fruits. They are filled with a clear, sweet pulp that covers 25 to 50 cocoa seeds.

Since machines could harm fragile Theobroma cacao trees and its products, the fruits are harvested by hand. Afterwards, they are opened so the seeds can be separated from the pulp. Next, the seeds are collected in big piles and left in warmth to undergo a fermentation process which is essential to develop a distinct, sweet taste. This usually takes up to 8 days. Then, the seeds are dried and shipped to manufacturers. The first thing that happens to them in a chocolate factory is roasting. Can you imagine the smell? Keep in mind that over 400 substances related to taste are being produced during this process! The next steps involve the removal of seed shells and separation of cocoa butter from chocolate. Finally, ready products can be packed into containers, delivered to shops and ultimately arrive in our tummies.

It is important to note that cocoa trees are quite delicate but this thing alone wouldn’t be a huge problem. The real deal, however, is the fact that they are currently considered in danger of extinction. The constant rise of average global temperature and occurrence of droughts could make their cultivation impossible. What would the world be like without chocolate? Has this nightmare vision ever crossed your mind?

Cocoa has been around for as long as 4 thousand years. Ancient Olmecs of Southern Mexico from 1500 BCE have used it for ceremonial purposes. In the ruins of their habitats, archeologists have discovered unique ceramic vessels and were surprised to find traces of theobromine – a stimulant compound found in cocoa seeds. Even though Olmecs definitely used cocoa, most likely they didn’t process it to the form of chocolate. It is possible that they either used cocoa beans to brew ceremonial drinks or they just consumed the pulp of the cocoa fruit. Sadly, they left no written traces of their traditions so we’re just stuck with the guesswork.

Luckily, hundreds years later, the Mayan civilization also used cocoa for spiritual purposes – yet this community had left many relics of the ancient cult. It appears that drinks brewed from cocoa seeds had been a big part of all important rituals, initiations, and celebrations. Vessels used for these purposes were commonly signed with an icon ‘kakaw’, meaning cocoa. Some of them were found in temples, others within healing sanctuaries. Hence, we might assume that cocoa has also been used as a remedy. No wonder why Mayans called this plant ‘a gift from gods’. The civilization of Aztecs has gone even further and created a famous myth describing the origins of cocoa. According to this story, the Theobroma cacao tree had been brought to Earth from Heavens by the god Quetzalcoatl. Then, the human race was taught how to brew a special drink called ‘tsocolatl’ or ‘xococalt’ – meaning ‘the bitter water’. In this legend, the water was drunk in order to attain wisdom, strength, and insight.

After Christopher Columbus had entered America, the cocoa drink was brought to Europe. The rulers and aristocracy of Holland, Great Britain and other major empires were absolutely stunned by its taste and opened many plantations in their colonies, ordering slaves to cultivate cocoa trees. In 1753, the great botanist Carl Linneus named cocoa ‘the food of gods’ which was a reference to the potential benefits of this plant, already recognized by the Mayans. However, the real turning point in the history of cocoa took place in 1828, when a Dutch chemist Conrad van Houten discovered a hydraulic press. Then, the cocoa butter could have been easily separated from cocoa pulp and the first chocolate bar came into being. The invention of the hydraulic press made chocolate production much simpler and, what’s equally important, significantly cheaper. Now, the chocolate was ready to conquer the world.

Current situation on the market

Today, there are three distinct kinds of cocoa seeds. The first type is called ‘Criollo’. It is cultivated in South America and in the Caribbean Islands. Chocolate produced from Criollo seeds is considered the finest. However, cultivation of these trees is complicated and limited to certain territories, hence the price skyrockets. The second type – Forastero – is the least demanding in cultivation, which is also reflected in its taste. Nevertheless, Forastero seeds have dominated the market and are loved all over the world. The last type – Trinitario – is the hybrid of previous strains but it is cultivated in Trinidad.

Globally, these three species give rise to almost 5 million tons of chocolate. The leading manufacturers are: Ivory Coast, Indonesia, Ghana, Nigeria and Cameroon and the entire chocolate processing market is worth approximately 90 billion dollars. Nevertheless, only around 3% of this enormous sum goes to the 5 million farmers who actually harvest cocoa seeds. The rest is distributed among firms based in highly developed countries. Thus, when we purchase a chocolate bar or other cocoa-based product, you may consider selecting products signed with the Fair Trade certificate because then you can possibly support local farmers rather than global companies. The certificate ensures that chocolate workers receive fair compensation for their efforts.

Science behind the magical effects

Extraordinary effects of chocolate consumption have been noticed by ancient Olmecs and Mayans, and appreciated by various cultures up until today. So what exactly makes cocoa so delicious? First of all, let’s take a thorough look at what’s inside of the cocoa seeds.

They are mostly composed of fats that constitute even half of their mass. Fiber is another important ingredient of cocoa seeds (that takes up to 15%) and is followed by sterol compounds. The composition of microelements is largely influenced by the production process. Dark chocolate contains lots of magnesium (twice as much as milk chocolate) and iron. Milk chocolate, in contrast, contains a lot of calcium and phosphorus. Other compounds include proteins, cellulose, starch, and tannins. Thus, cocoa seeds are a rich source of fatty acids, fiber, and microelements. What about the effects of chocolate consumption on health?

In western societies, diseases of the cardiovascular system constitute the main causes of premature death. One of the most common risk factors associated with the development of cardiovascular failure is the metabolic syndrome that can be related to obesity, hypertension, diabetes and atherosclerosis. The results of a study conducted in 2011 with over 2000 patients suffering from metabolic syndrome show that dark chocolate consumption is related to positive effects on general vitality. Those patients who frequently consumed chocolate had a lower amount of calcified atherosclerotic plaques, whereas those, who didn’t eat it at all – higher. Evidence from another study, conducted in Japan between 1999 and 2009, shows that cocoa might protect not only the condition of the heart, but the brain’s as well. In this experiment, almost 40 000 participants regularly reported on their health and dietary habits. Over the years, almost 4000 suffered from a stroke – and the group that had been eating chocolate on a regular basis was associated with less occurrences of stroke. Although the effect remained stable after scientists excluded other factors, such as stress or exercise level, other residual variables could impact the result. And as researchers claim, the pattern was stronger in females than in male participants. Still, chocolate-eaters had less stroke risk than those who stayed away from this snack. What kind of sorcery is that?

Well, scientists suppose that these effects come from one particular compound found in cocoa, flavan-3-ol which has hypotensive, antioxidant and anti-inflammatory properties. Since dark chocolate contains more flavonoids than other types, they estimate that daily intake of around 20 g might be beneficial for the health of both the heart and the brain. Looks like Mayans were right! Cacao indeed works like a charm. But there is more – it contains psychoactive compounds such as caffeine, theobromine, and anandamide. Thanks to caffeine, it invigorates the body and stimulates the mind. Theobromine binds with the adenosine receptors in the brain and thereby increases the activity of dopaminergic signaling. By the way, this is the main reason why we love chocolate so much. Anandamide, whose name stems from the Sanskrit word ‘ananda’ – ‘bliss’, activates the brain areas related to pleasure. The density of these substances is the highest in raw cocoa. Now there should be no wonder why Aztecs attributed cocoa to gods and modern westerners are pretty crazy about this sweet, delicious, pleasure-inducing snack.

To sum up – yes, it is a good idea to eat chocolate. To ensure the best results choose your bar wisely, though! Look for high cocoa and low sugar density. Keep in mind that cocoa trees are fragile and global warming could cause their extinction – maybe there is something you could do to prevent the loss of chocolate? Last but not least, invest in fair trade chocolate. In this way, you can be sure that farmers who harvest cocoa fruits by hand are not starving. If for any reason you cannot eat chocolate, fear not! You could still enjoy some of its benefits as there are natural extracts that contain a high amount of theobromine – the secret weapon of cocoa.

M.A. in Cognitive Sciences at the Osnabrück University. Worked in laboratories located in Poland, Australia and Germany. Her research subjects include the neurophysiology of the brain, eye tracking tests, EEG and VR. She is passionate about yoga and promotes a healthy lifestyle but also enjoys reading fantasy books. She definitely likes cats, dogs and all other lovely pets.

Martínez-Pinilla, Eva et al. The relevance of theobromine for the beneficial effects of cocoa consumption. Frontiers in pharmacology, 2015

The newest from this category 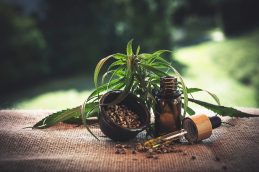 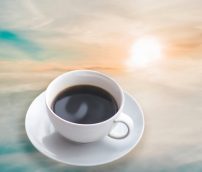 What is in your cup of coffee? 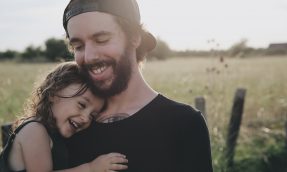 Why Cuddling Is so Powerful?

Publications 2 June 2022
Leave a Reply Cancel reply
Join Waitlist We will inform you when the product arrives in stock. Please leave your valid email address below.