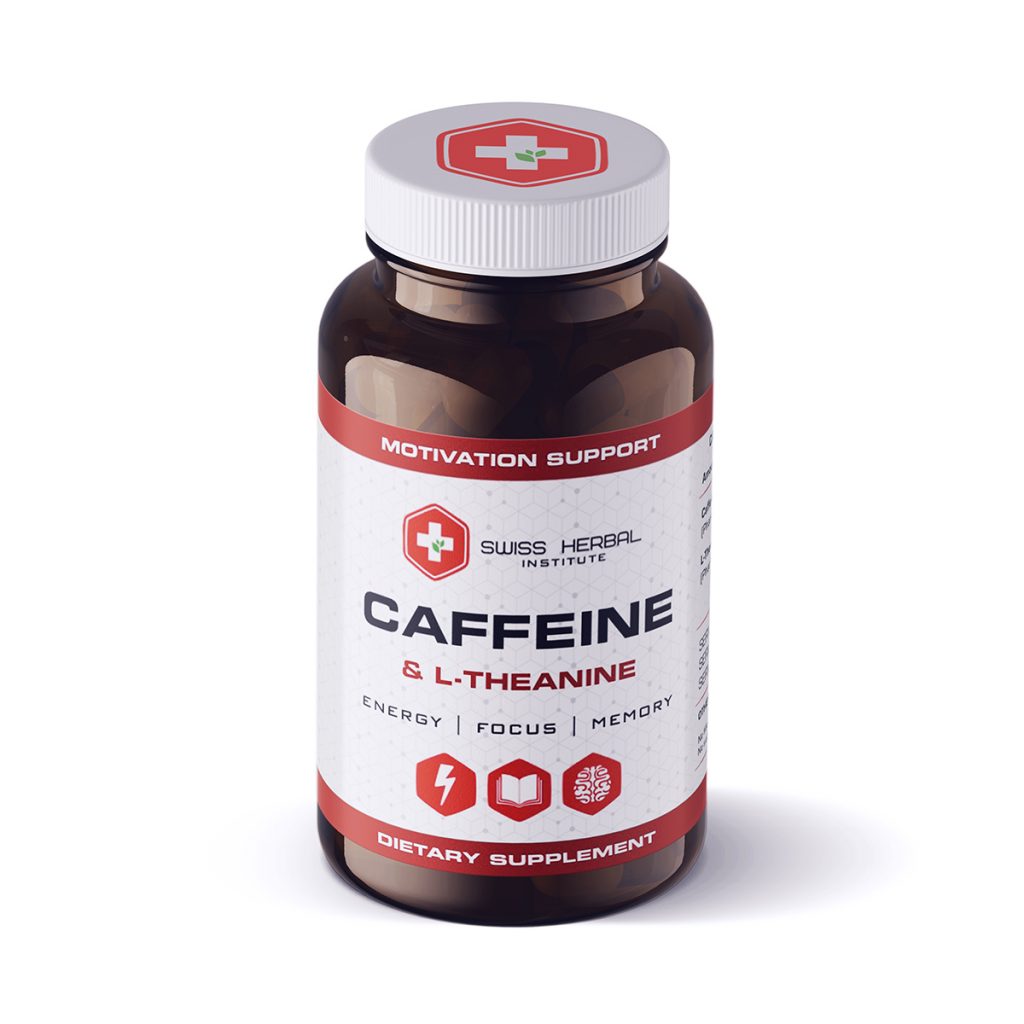 CAFFEINE + L-THEANINE is the essence of stimulating coffee activity and soothing properties of green tea. Caffeine boosts energy level and increases concentration as well as motivation. L-theanine, on the other hand, eliminates undesirable caffeine effects such as anxiety or nervousness. This combination helps to maintain a high level of motivation and enables more efficient intellectual work.

Be the first to review “CAFFEINE + L-THEANINE” Cancel reply

Caffeine has been used for centuries to reduce fatigue while increasing physical and mental capacity. However, caffeine, especially in high amounts may bring unpleasant effects such as anxiety, increased blood pressure or excessive arousal. These symptoms can be significantly reduced by combining caffeine with L-theanine. L-theanine helps to regulate the balance of neurotransmitters, especially regarding the activity GABA, thus reducing muscle tension and preventing excessive stimulation of the nervous system. In addition, this amino acid has been shown to increase the activity of alpha brain waves which induce the mind into a state of deep relaxation. As a result, the combination of these two substances helps to preserve energy for work, balances the stimulating effect of caffeine and relieves tension at the same time. In addition, these components mutually support each other in terms of memory and concentration bringing a positive effect on learning efficiency. All in all, they increase intellectual capacity and improve regenerative processes in the brain.

CAFFEINE + L-THEANINE, like THEACRINE + L-TAURINE and COCOA + MUCUNA, supports dopamine activity in the central nervous system. Because of that, supplementation with those synergistic formulas increases motivation, boosts energy – both physical and mental – and has a beneficial effect on cognitive abilities, primarily on concentration. Furthermore, all those recipes are antagonistic to adenosine receptors. As a result, they reduce drowsiness and fatigue. They can be used as a more effective alternative to coffee, whereby each of them has a slightly different use.

CAFFEINE + L-THEANINE combines the stimulating action of caffeine with the relaxing properties of L-theanine. These substances are very often present together, because they are complementary. L-theanine removes undesirable effects of caffeine, such as irritability and excessive arousal. It is therefore ideal for supporting everyday work and learning.

Caffeine | PharmaCaffeine™
Caffeine is one of the most popular stimulants and nootropics, used mostly in Europe and both Americas. It affects the nervous system by stimulating neurotransmitter secretion: primarily dopamine (responsible for motivation) and glutamic acid (responsible for attention). Caffeine can also block receptors of adenosine - an inhibiting neurotransmitter. In effect, sleepiness is reduced and we can simply feel more energy. What is more, it has been proven that caffeine effectively improves cognitive capabilities of the brain (the best effects have been observed in people who had trouble sleeping). It has also been shown that caffeine can be used in order to lose weight and improve physical performance. 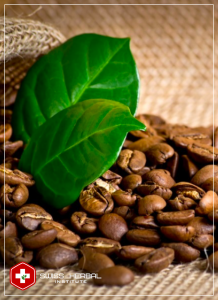 L-Theanine | PharmaTheanine™
L-theanine is a natural amino acid considered to be a part of nootropic and compounds that support and protect the nervous system. It can be found in the leaves of common tea (Camellia sinensis) - making up to 3% of dried leaf mass. One of the main properties of L-theanine is the ability to improve stress resilience. This compound inhibits cortisol while stimulating the activity of GABA - a key neurotransmitter that helps to mitigate stress symptoms. Moreover, L-theanine stimulates alpha brain waves that are related to the state known as a “relaxed attention”, typical for activities requiring a high focus, e.g. meditation. Thanks to that, L-theanine makes it easier to concentrate on the task at hand. It also has a beneficial effect on memory because it stimulates the process of neurogenesis during which new neural cells are produced. In dietary supplements L-theanine is often mixed with caffeine because in this composition stimulatory effects of caffeine are more subtle yet more durable with much less side effects such as agitation or anxiety. 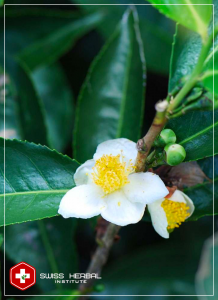 Stimulates and improves mood: Caffeine is an antagonist of adenosine receptors. This means that it blocks these receptors and prevents them from being activated by adenosine. This way, it prevents the feeling of drowsiness. It also increases the activity of dopamine – a neurotransmitter which is responsible for energy and motivation. L-theanine in turn increases the GABA level and acts as an antagonist of NMDA receptors, one of the types of receptors for glutamate – the main excitatory neurotransmitter. It therefore prevents excessive stimulation of the nervous system and reduces nervous tension. The combination of caffeine and L-theanine increases energy levels while preventing the unpleasant symptoms such as irritability and agitation.

Supports learning process: Research indicates that caffeine increases the activity of excitatory neurotransmitters that are responsible for cognitive abilities: dopamine and acetylcholine. Dopamine generally determines appropriate levels of energy and motivation. However, the optimal level of this neurotransmitter also enables the working memory to function smoothly and helps to focus attention on a specific topic. Acetylcholine is essential in the process of creating memories. L-theanine affects the bioelectrical activity of the brain by increasing the activity of alpha brain waves. They are a distinctive feature of a state called “relaxed attention”, and their presence indicates that the brain is ready to absorb new information.

Improves intellectual performance: L-theanine has been proven to increase expression of nerve growth factor (NGF) which stimulates the formation of new nerve cells and connections between them. This effect is particularly evident in those areas of the brain that are related to the acquisition of information. It is also important that caffeine stimulates the neurotransmitters that stimulate the brain, i.e. dopamine and acetylcholine. The first of them is crucial for so-called multitasking. It is basically the ability to move one’s focus smoothly from one topic to another allowing completion of several tasks at the same time. The appropriate level of acetylcholine, on the other hand, determines the speed with which the brain processes the data and links new information with the information that it has previously learned. The combination of caffeine and L-theanine allows the brain to function smoothly and promotes its recovery. 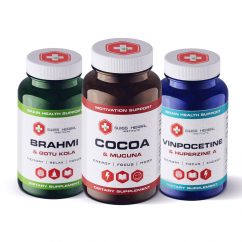 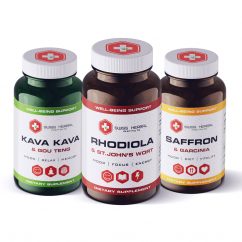 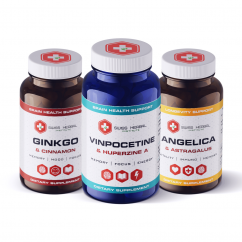 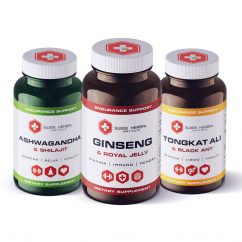 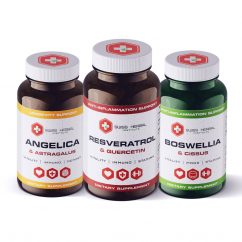 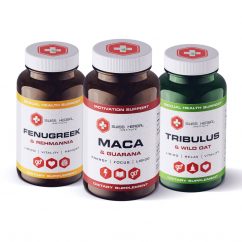 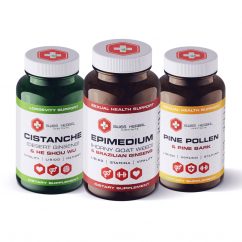 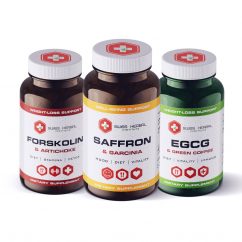 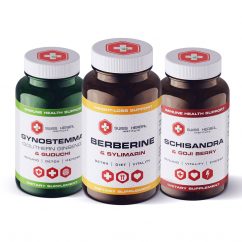